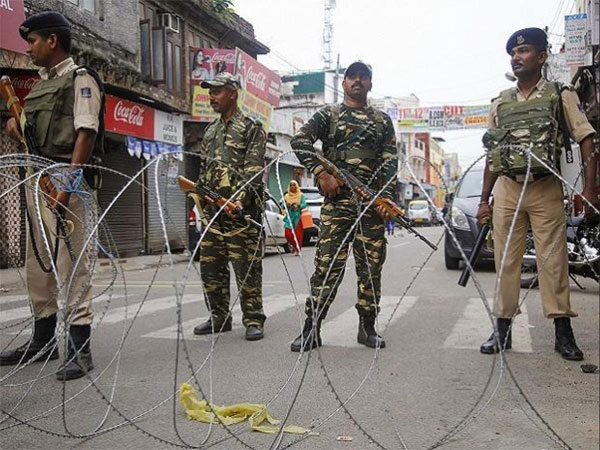 Despite Covid-19 wrecking havoc across the country, India continued to clamp down on civil liberties and restrictions on communications services in Indian Illegally Occupied Jammu and Kashmir (IIOJK), a new report by the Amnesty International revealed on Wednesday.

“Political leaders such as Farooq Abdullah, Omar Abdullah and Mehbooba Mufti, who were administratively detained in 2019, were released in 2020. However, the union government continued to silence those who demanded accountability and imposed a harsh media blackout,” the report added.

On August 5, 2019, the Modi-led Bharatiya Janata Party (BJP) stripped Kashmiris of the special autonomy they had for seven decades through a rushed presidential order. By repealing Article 370 of the constitution, people from the rest of India now have the right to acquire property in the occupied territory and settle there permanently.

It said that at least 18 journalists in IIOJK were physically attacked by the police or summoned to police stations. “Dissent was further suppressed when a new media policy was introduced by the IIOJK government to create a sustained narrative on the functioning of the government in media’ by checking ‘anti-national activities.”

The human rights group said that India’s National Investigation Agency (NIA) also raided offices and residences of civil society activists including Khurram Parvez and three of his associates, and Parveena Ahanger, who had reported extensively on human rights abuses in IIOJK.