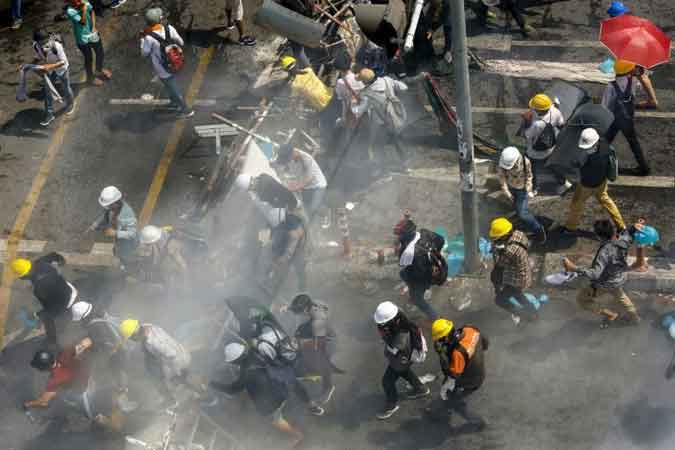 Foreign ministers from the Association of Southeast Asian Nations (ASEAN) regional bloc will hold talks with a junta representative to discuss the crisis that began when the military detained civilian leader Aung San Suu Kyi.

Violence on Sunday was the worst seen so far, with the United Nations saying at least 18 people were killed when troops and police fired on demonstrators in cities across Myanmar.

ASEAN, which brings together 10 countries including Myanmar, has long been criticised for inaction in the face of crises, with members typically sticking to the bloc’s policy of non-interference in each others affairs. But some of the bloc’s most influential members have issued withering criticism of the military in recent days. We are appalled by the use of lethal force against civilians,” Singapore’s Foreign Minister Vivian Balakrishnan told the city-state’s parliament Monday.