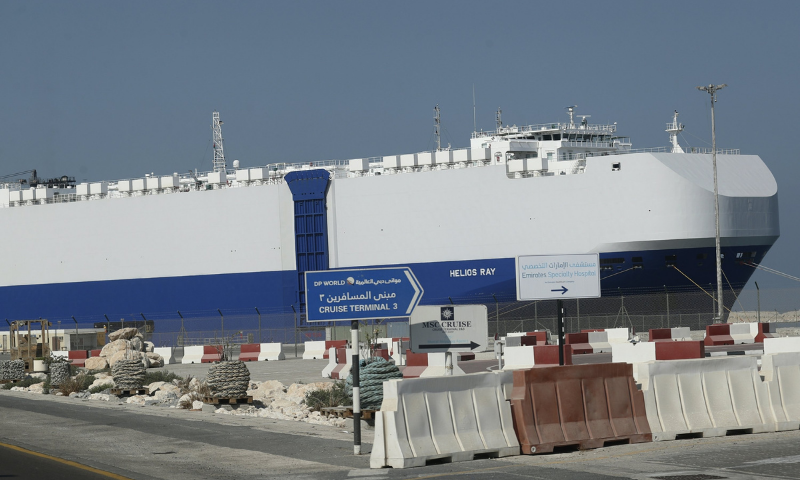 Israeli Prime Minister Benjamin Netanyahu blamed Iran on Monday for an explosion aboard an Israeli-owned ship in the Gulf of Oman last week, an accusation rejected by Tehran.

The vehicle-carrier MV Helios Ray was hit between Thursday night and Friday morning by a blast above the water line that a US official said ripped holes in both sides of its hull. An Israeli official said limpet mines were used.

“This was indeed an operation by Iran. That is clear,” Netanyahu told Kan radio.

Asked if Israel would retaliate, he said: “You know my policy. Iran is Israel’s biggest enemy. I am determined to fend it off. We are striking at it all over the region.”

Iran denied involvement. “We strongly reject this accusation,” Saeed Khatibzadeh, spokesman for the foreign ministry in Tehran, told a news conference. “The security of the Persian Gulf is extremely important for Iran.”

Kan said the Netanyahu interview was pre-recorded on Sunday night, before Syria accused Israel of carrying out missile strikes around southern Damascus.

Israel did not confirm carrying out those strikes, but has previously said it was launching frequent military actions against Iranian deployment or arms handovers within Syria.

Yoav Galant, a minister in Netanyahu’s security cabinet and a former navy admiral, said pictures of the Helios Ray showed each hole resulted from “a mine affixed to the exterior, apparently in a nighttime navy commando operation”.

The perpetrators would have known about the ship’s Israeli ownership from open-source material, and the incident took place close to Iranian-controlled coastline, Galant told Ynet TV — adding that a formal investigation had confirmed his observations.

Iran said in November it would make a “calculated” response to the killing of its top nuclear scientist, which it blamed on Israel. Israel has not responded to that accusation.

Tensions have risen in the Gulf region since the United States reimposed sanctions on Iran in 2018 after then-president Donald Trump withdrew Washington from a 2015 nuclear deal between Iran and major powers.