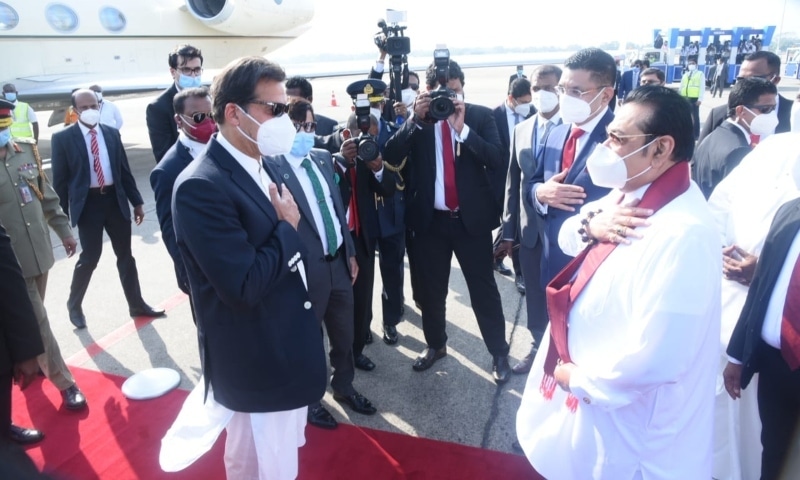 Sri Lanka finally lifted the controversial ban on the burial of bodies of people whose deaths were caused by the COVID-19, a health ministry spokesman said. PM Imran thanked the Sri Lankan government for taking this step and respecting the sentiments of the Muslim minority in Sri Lanka

The ban was lifted on Friday after months of protests mainly by Muslim groups and international pressure.

In March last year, the government imposed regulations that said the bodies of COVID-19 victims could only be cremated.

The rules banned burial, saying the virus could spread by contaminating groundwater. But Muslim groups insisted the government’s decision had no scientific base and wanted the ban lifted as cremating a body went against their Islamic faith.

On Wednesday, Muslim parliamentarians urged Pakistani Prime Minister Imran Khan who was visiting the country to take up the issue with the Sri Lankan political leaders.

The chairperson of the Office of the High Commissioner for Human Rights (OHCHR), Michelle Bachelet, also referred to the issue in her statement at the Human Rights Council in Geneva on Wednesday.

“The policy of forced cremation of COVID-19 victims has caused pain and distress to the minority Muslim and Christian communities,” she said.

Muslim groups on Tuesday also held a large protest outside the president’s office calling for the ban on the burials to be lifted.

The World Health Organization and Sri Lankan doctors’ groups had said COVID-19 victims can either be buried or cremated.

The Prime Minister took it to Twitter to thank the Sri Lankan leadership to finally allowing the the burial of Muslim COVD-19 victims. PM was on a two-day visit to Sri Lanka and discussed future strategies with Sri Lankan president and government officials.

Imran Khan held  a one on one meeting with Sri Lankan counterpart Rajapaksa. In the regional context, Prime Minister Imran Khan shared his vision of peace, development, and connectivity.

Foreign Minister Shah Mahmood Qureshi also expressed his sentiments in a tweet saying that this display of mutual understanding and respect is important for prosperity.

Pakistan is grateful to the leadership of Sri Lanka for allowing the option of burial for victims of #Covid19. Indeed it is these very principles of mutual understanding, respect and humanity that bring relationships to thrive and prosper. 🇵🇰 🇱🇰 https://t.co/wdUZzaaUVT