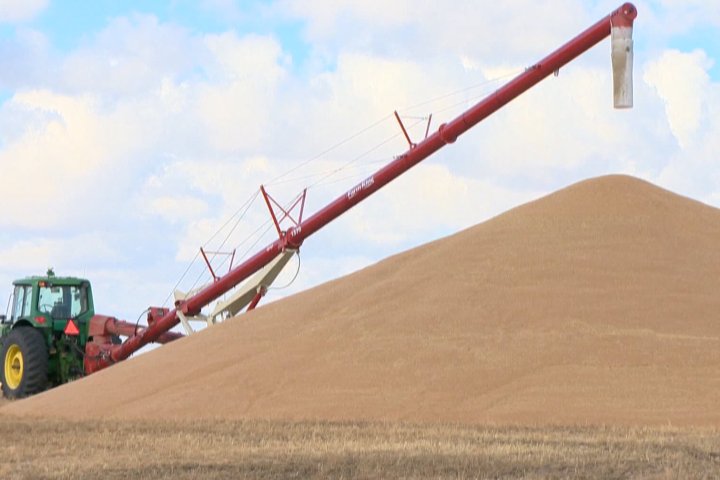 A load of golden ripe barley is nearly as pricey as the precious metal itself.

“This is the highest I’ve seen it in my whole farming career,” Sean Stanford, a grain farmer and director with Alberta Barley, said.

Southern Alberta is prime barley-growing territory and the energy-rich kernel has become a hot commodity.

He said the spike in price is being driven by foreign interest.

“There is a high demand from China. Mostly because they are recovering from the African swine fever that hit China pretty hard over the last couple of years. So they are in recovery mode now replenishing their stocks of animals and (those animals) have taken up a ton of feed.”

He said that paired with ongoing trade disputes between China and Australia — another country that imports high levels of grain — has Canada well positioned to sell all types of feed grains for top dollar.

“The price of corn is up so that shorts the other crops so the price of feed wheat is also quite high in the area right now, its over $8 a bushel last time I checked just last week,” Stanford said.

What’s good for one part of the ag sector can be a blow to another.

Alberta’s feeder cattle industry relies on barley and other feed grains to finish beef for consumers.

The shutdown at meat packing plants due to COVID-19 paired with higher operating costs is taking its toll on Canadian feed lots.

“For me personally, I think this has been as difficult as BSE in some ways even more difficult because during BSE there was more government support that was available,” said Ryan Kasko with Kasko Cattle, a feedlot operation in southern Alberta.

“Depending on how long you are going to feed the animals, the size when they come in, its probably around $150 to $200 a head, so its really substantial,” added Kasko.

It’s a back and forth for an industry that needs one sector to support the other for either to succeed.