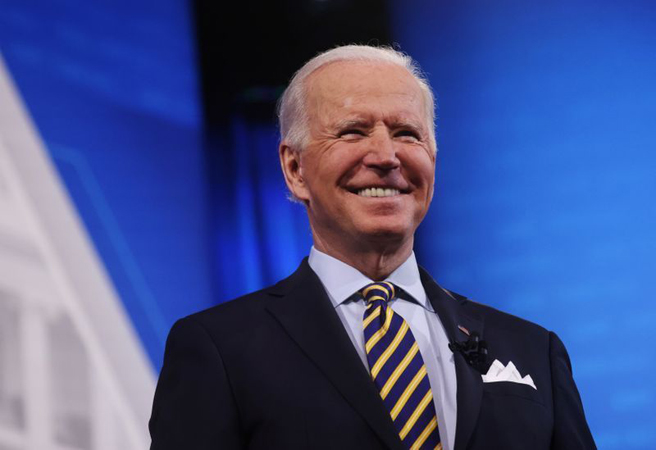 President Joe Biden expressed optimism on Tuesday that most US schools would be open by late spring and vowed to continue accelerating the country’s Covid-19 vaccination program, as he sought to elevate his agenda now the drama of Donald Trump’s impeachment trial is over.

In a wide-ranging televised town hall that touched on the pandemic, economic relief, China-US relations and race and policing, Biden also aimed to build public support for his $1.9 trillion coronavirus relief plan, which is awaiting congressional action.

“Now’s the time to go big,” he said during a CNN prime-time broadcast, as he fielded questions from voters at the landmark Pabst Theater in Milwaukee, Wisconsin. “If we pass this bill alone, we’ll create 7 million jobs this year.”

With the US Senate having acquitted former President Trump in his second impeachment trial on Saturday, the White House is eager to press ahead with Biden’s proposals on the economy, Covid-19, climate change and racial inequality.

Biden again made clear he would prefer to turn the page on the divisive Trump era. When CNN host Anderson Cooper asked him whether he agreed with Democratic House Speaker Nancy Pelosi that Republicans who voted to acquit were cowards, the president demurred.

“For four years, all that’s been in the news is Trump,” Biden said. “The next four years, I want to make sure all the news is the American people. I’m tired of talking about Trump. He’s gone.”

After a parent and a teacher asked how Biden planned to ensure that schools could open safely amid the pandemic, the Democratic president said he anticipated that “most” elementary and middle schools would have in-person classes five days a week by the end of his first 100 days in office.

He also said he believes teachers should be moved closer to the front of the line for inoculation.

“I think that we should be vaccinating teachers – we should move them up in the hierarchy,” Biden said, although he noted that states, not the federal government, have the authority to decide how to prioritize vaccinations.

Biden said he expected everyone who wanted a vaccine would be able to get one by July, when his administration will have secured enough shots to inoculate all Americans. But he also warned that the recovery from the pandemic that has killed more than 485,000 people in the United States would still take many months and urged people to wear masks, maintain social distance and wash hands for the foreseeable future.

Tuesday’s visit, as well as a trip scheduled for Thursday that will take Biden to a Michigan vaccine manufacturing site, offered the president an opportunity to tout the importance of a new relief bill even as Republicans remain largely opposed to its massive price tag.

Biden wants Congress to pass the legislation in the coming weeks in order to get $1,400 stimulus checks out to Americans and bolster unemployment payments.

Some aspects of the bill, including Biden’s push to increase the minimum wage to $15 an hour by 2025, may have a difficult time gaining enough support to pass. After a small business owner raised concerns at Tuesday’s town hall, Biden suggested he might be willing to consider a more gradual phase-in.