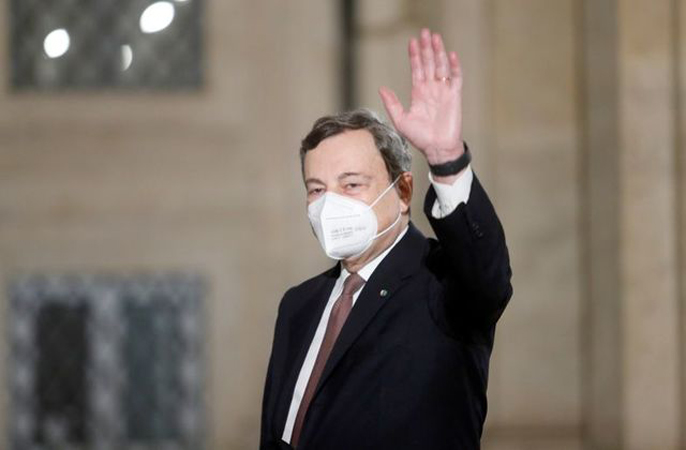 Italians’ hopes in Mario Draghi could hardly be higher. But the former European Central Bank chief, who was sworn in as the country’s new prime minister on Saturday, will have a tough time fulfilling them.

His main tasks will be the efficient management of over 200 billion euros ($241 billion) Italy expects from a European Union fund to help the bloc’s recovery, and ensuring smooth progress of the COVID-19 vaccination campaign.

Draghi has several advantages. He comes to power with one of the largest majorities of any government in Italy’s post-war history, huge international prestige and an approval rating of 71%, according to a survey published this week.

But his broad parliamentary backing may also be a problem.

He will have to manage an unwieldy coalition made up of parties from left to right, including traditionally bitter foes such as the 5-Star Movement and Silvio Berlusconi’s Forza Italia, the right-wing League and centre-left Democratic Party.

Giovanni Orsina, head of the LUISS university school of government in Rome, said Draghi’s popularity and credibility will assure him of an easy ride at the beginning.

“The party system is difficult to manage, but Draghi, with his prestige, can make it hard for them to thwart him,” he said.

Party horse-trading over cabinet posts is normally a central part of forming an Italian government, yet Draghi unveiled his ministerial team on Friday without any apparent negotiations or opposition from the coalition parties.

His picks will not have pleased everyone, however, and it may be only a matter of time before resentment and dissatisfaction surface.