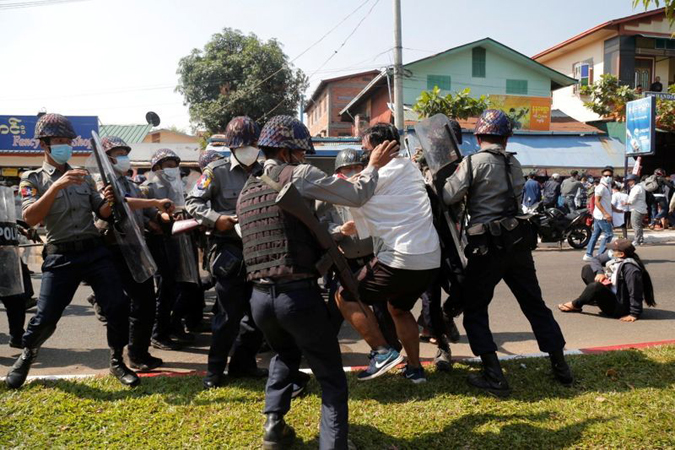 Thousands assembled in the business hub, Yangon, while protesters took to the streets of the capital Naypyitaw, the second city Mandalay and other towns a day after the biggest protests so far in the Southeast Asian country. “Stop kidnapping at night,” was among the signs held up by protesters in Yangon in response to arrest raids in recent days. The United Nations human rights office said on Friday more than 350 people, including officials, activists and monks, have been arrested in Myanmar since the Feb. 1 coup, including some who face criminal charges on “dubious grounds”. Anger in Myanmar has been fuelled by videos showing more arrests of government critics – including a doctor who was part of the civil disobedience movement.