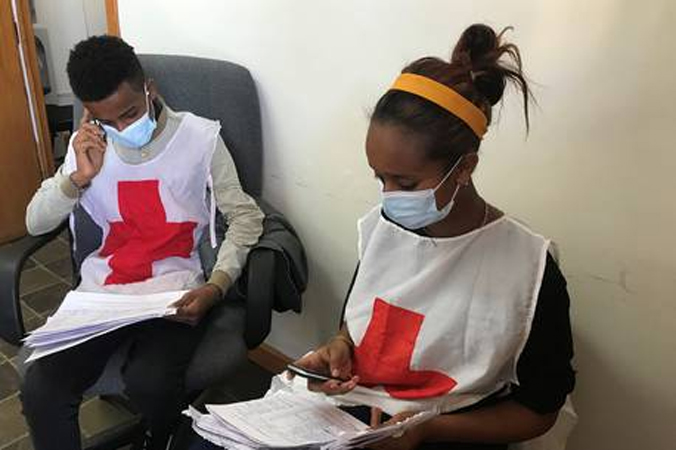 A diabetic mother died as her daughter searched the capital of Ethiopia’s northern Tigray region for insulin. Women gave birth unattended in the dark because their hospital had no electricity or staff at night.

Some hospitals are barely functioning, with no water, electricity or food, they said. Most were looted of medicines; staff members fled.

“The health system in Tigray is reportedly nearly collapsing,” the United Nation’s Office for the Coordination of Humanitarian Affairs (OCHA) said in a Feb. 4 report, noting that only three of the region’s 11 hospitals were working properly.

Ethiopian Health Minister Lia Tadesse said conditions were improving rapidly. The government has sent supplies to 70 of the region’s 250 health facilities, along with 10 ambulances, she told Reuters last week.

“So many health facilities have been looted, so we are working to get more equipment to the region,” she said. “The focus is to restore services, supporting health workers to come back and ensure they have the supplies.”

Prime Minister Abiy Ahmed declared victory over the TPLF two months ago, but details of the devastation have been slow to emerge as communications to the region remain patchy, and the government tightly controls access for journalists and aid workers. Reuters has not been able to visit the region and could not independently verify accounts provided by residents and medical workers.

Prior to the outbreak of fighting on Nov. 4, most people in Tigray had easy access to a hospital or clinic, according to the Ministry of Health.

The conflict disrupted basic services, including diabetes treatment and maternal care, leading to “too many preventable deaths”, the International Committee of the Red Cross said in a Jan. 27 statement.

Only 30 of the region’s 280 ambulances are still available, according to OCHA.

One woman described searching the northern Tigray town of Sheraro, on Dec. 22 for pills to prevent pregnancy after a friend told her she had been gang-raped by five men.

“Not a single worker was in the hospital,” the woman told Reuters by phone, saying she was too afraid to be identified. “The whole hospital was looted … Apart from the roof and doors, nothing was left.”

She tried a health centre, but said it too had been looted.

When French aid group Medecins Sans Frontieres (Doctors Without Borders) visited the northern city of Adigrat in mid-December, the hospital was mostly deserted, it said in statement last week. There were hardly any medicines, and no food, water or money.

Some injured patients were malnourished, the group’s emergency coordinator for Tigray, Albert Vinas, said in the statement.

Some services have since resumed, but the hospital still has no chemicals for its laboratory and no therapeutic food for malnourished children, an Ethiopian medical worker stationed there told Reuters on Saturday. He asked not to be identified, because he was not authorized to speak to journalists.

Hospitals in the towns of Adwa and Axum, in central Tigray, also had no electricity or water when MSF visited. All the medicines had been stolen from Adwa hospital and furniture and equipment broken, Vinas said.

“I saw people arrive at hospital on bicycles carrying a patient from 30 km (19 miles) away, and those were the ones who managed to get to hospital,” he said. “People die at home.”