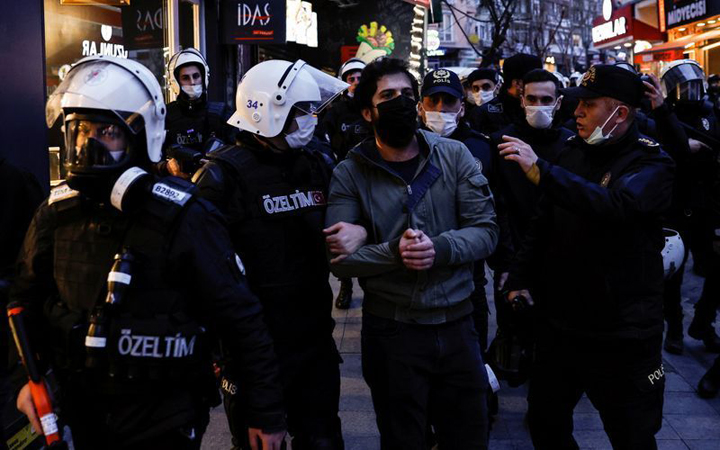 Seventy six of 105 people detained over protests against President Tayyip Erdogan’s appointment of a rector at one of Turkey’s top universities were released, the Istanbul Governor’s office said on Wednesday. The office said it is still processing the detentions of 29 people in the city. Defying a government ban on demonstrations, students and teachers at Istanbul’s Bogazici University have held protests for the last month against Erdogan’s appointment of academic and former political candidate Melih Bulu as rector, which they said was undemocratic. In recent days, students shared images on social media of themselves placing a picture on the school’s grounds that mixed LGBT symbols and Islamic images including the Kaaba shrine. The picture was rebuked by Interior Minister Suleyman Soylu and other officials.