A Harry Potter podcast created in Edmonton is delighting fans around the world while earning a profit for its hosts.

Marcelle Kosman and Hannah McGregor created the podcast Witch, Please while studying at the University of Alberta in 2015. 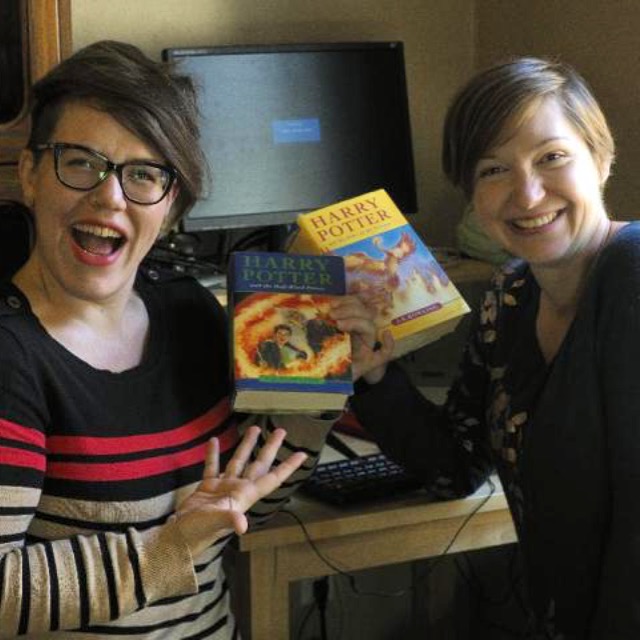 Hannah McGregor and Marcelle KosmanWhen the podcast was first being created, the duo wasn’t focused on building a big listener base.

“It was initially a project to do as friends who would re-read the Harry Potter series together.

“It had never even occurred to us that the podcast would be listened to,” Kosman said.

Instead, fans flooded to the audio series. With thousands of listeners, Kosman said she is often surprised by how far of a reach the podcast has.

“My sister-in-law was in South Africa a few years ago and overheard some people talking about the podcast,” Kosman said.

Witch, Please went on a year-and-a-half hiatus, relaunching at the beginning of September 2020. The duo has partnered with a podcast network and now has a dedicated producer. It’s also now seeing cash flow, thanks to community support.

“We are finally working against our instinctive inability to make money off things we do. We are working with an American network this time.

“They are helping us figure out how to make a podcast financially sustainable.

“We are also finally doing research for the episodes,” McGregor said. “We’re incredibly lucky to have gotten enough support to make this financially sustainable. It is 100 per cent because of listeners being excited and engaged.”

McGregor described the podcast as a feminist re-reading of the series. The duo decided they would relaunch the podcast prior to Harry Potter author J.K. Rowling’s transphobic comments.

“A lot of longtime Harry Potter fans are grappling with how to feel alienated and hurt by the creator of the series while still feeling emotionally attached to the books,” McGregor said. “I think they are excited about how we give them a way to hold those two things at the same time.”

Kosman said it’s important to the duo not to shy away from problematic aspects of the text.

“You don’t have to throw the books in the garbage because of these things. We think the more you talk about and the more you understand them, the more you are able to show your commitment and love to the world that the fandom has been building,” she said.

The friends no longer live in the same city (McGregor is a full-time professor at Simon Fraser University and Kosman is a PhD candidate at the U of A), which means they treasure the connection the podcast brings.

“Having a project like this means we have a way to stay connected, which is why I really love it,” McGregor said.

The next episode of Witch, Please will begin streaming on Tuesday.