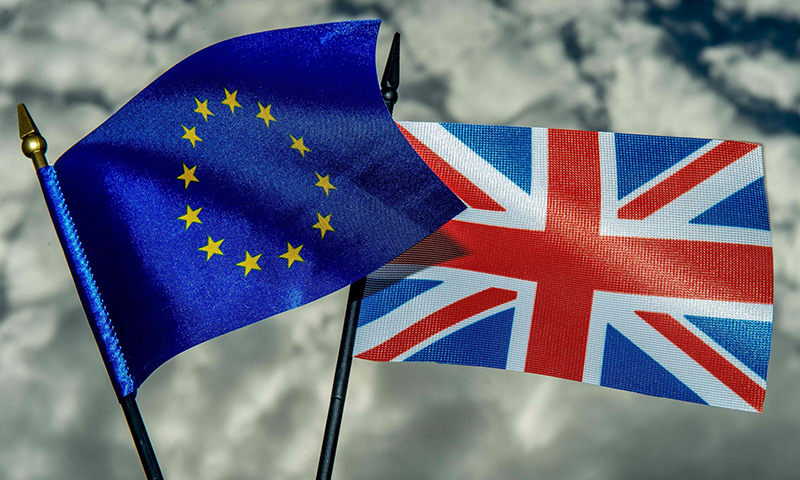 LONDON: Britain’s government on Tuesday admitted that it may break international law by not applying parts of its Brexit divorce deal relating to Northern Ireland, as a top legal adviser quit, reportedly over the plans.

The developments clouded the resumption of already tense talks with the European Union on a future trade agreement after Britain left the bloc earlier this year.

Prime Minister Boris Johnson has said Britain will cope with the economic dislocation of crashing out of a transition period at the end of the year if there is no deal.

But the prospect has caused the pound to slump on currency markets and made UK businesses increasingly anxious, despite the government’s bullish optimism.

London has urged Brussels to show “more realism” about dealing with a heavyweight economic power on its newly shrunk borders, and indicated it will not compromise on its demands.

The government intends to present legislation that could undercut its obligations in the Withdrawal Agreement it signed with the EU last year.

It insists the changes are technical and needed to ensure businesses in Northern Ireland can enjoy friction-free trade with both the EU and the rest of the UK from next year.

To a question in parliament, Northern Ireland Secretary Brandon Lewis conceded: “Yes, this does break international law in a very specific and limited way.” Since the plans first emerged on Monday, the EU and others have urged the UK to uphold its international treaty obligations, and warned a failure to do so could erode trust. But Lewis said there were “clear precedents” for such a move as circumstances change.

Lewis’ admission came after the government confirmed that Jonathan Jones, the head of its legal department, had resigned.

The Financial Times reported he was “very unhappy” about the decision to rewrite the Northern Ireland Protocol — a vital part of the EU withdrawal pact designed to avoid a return to the decades of unrest caused by British rule in the province.