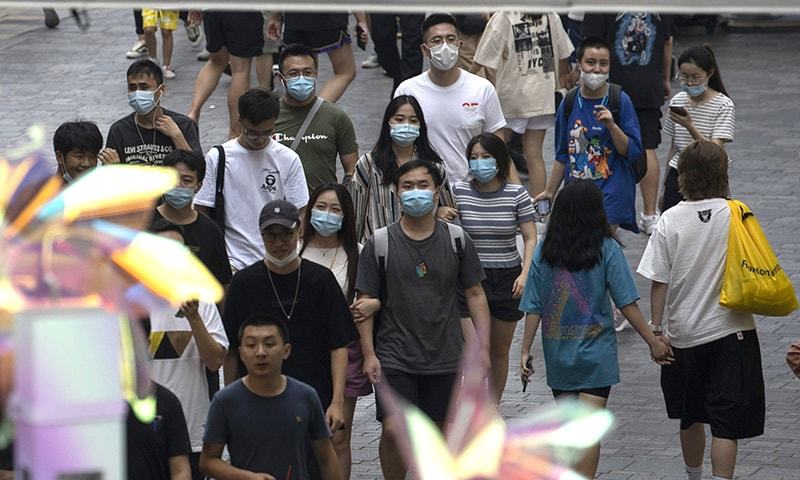 China is poised to resume direct international flights to Beijing from several countries with low rates of the deadly coronavirus, aviation authorities said on Wednesday, after a freeze of more than five months.

The new rules will apply from Thursday to flights from Pakistan, Thailand, Cambodia, Greece, Denmark, Austria, Sweden and Canada, all with low numbers of imported cases of the virus which has hammered global travel.

But travellers would be subject to centralised quarantine on arrival for 14 days and have to take two Covid-19 tests, a Beijing city official told reporters.

“Starting September 3, international passenger flights to Beijing, which previously had their entry points diverted, will gradually resume,” said the Civil Aviation Administration of China (CAAC) in a statement, without specifying if passengers would have to be nationals of the eight countries.

The easing begins “as epidemic prevention and control becomes normalised”, it said, but stressed a “circuit breaker” would remain and departures from countries where imported cases rose over three could see flights diverted again.

Since late March, Beijing-bound international flights have been diverted to other Chinese cities where passengers are screened for the coronavirus before being allowed to travel on to Beijing, the political heart of the country.

They would then be sent to quarantine facilities.

As of Tuesday, the CAAC said 511 international flights had undergone diversion.

Life in Beijing has largely returned to normal, although temperature tests remain common when entering buildings and some places require people to scan a QR code logging their visit on a ubiquitous health app.

The easing in flight rules comes as the rate of infection slowed to eight reported cases on Wednesday in China — where the first cases of Covid-19 surfaced.

But China remains wary of the risk of an influx of cases from other countries.

Most foreigners are still forbidden entry into the country.