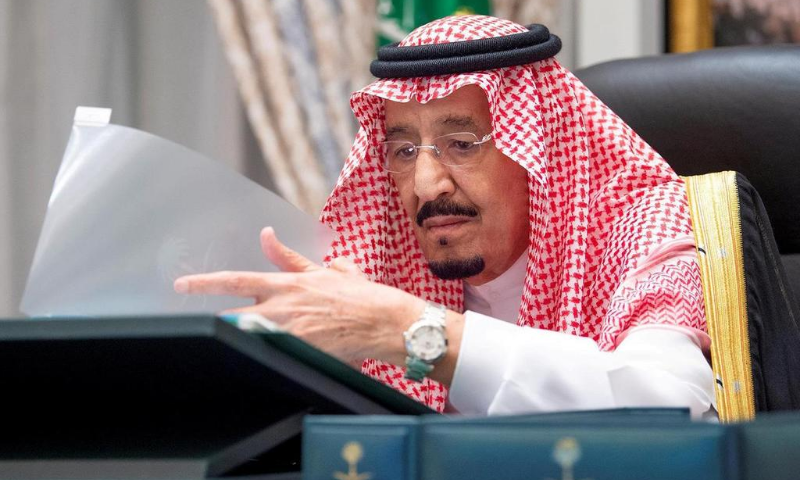 Saudi Arabia’s King Salman sacked two royals and referred them along with four military officers for investigation into corruption at the defence ministry in a royal decree issued early on Tuesday and carried by state media.

The decree said Prince Fahd bin Turki bin Abdulaziz Al Saud would be removed as commander of joint forces in the Saudi-led coalition fighting in Yemen, and his son Prince Abdulaziz bin Fahd relieved of his post as deputy governor of al-Jouf region.

It said the decision was based on Crown Prince Mohammed bin Salman’s missive to the anti-corruption committee to investigate “suspicious financial transactions at the defence ministry”.

After becoming heir to the throne in 2017 in a palace coup that ousted his predecessor, Prince Mohammed launched an anti-corruption campaign that saw scores of royals, ministers and businessmen detained at Riyadh’s Ritz-Carlton hotel. Most were released after reaching undisclosed settlements with the state.

The young prince has made fighting corruption a pillar of his reforms. Critics saw the purge as a power grab by the crown prince, who has moved to sideline any rivals to his eventual succession to the throne, take control of the country’s security apparatus and crack down on dissent.

Authorities wound down the Ritz campaign after 15 months but said the government would continue to go after graft by state employees. In March, authorities arrested nearly 300 government officials, including military and security officers, on charges involving bribery and exploiting public office.

Before becoming commander of joint forces in the coalition, Prince Fahd was commander of the Royal Saudi Ground Forces, paratroopers units and special forces, according to Saudi daily Arab News. His father was a former deputy minister of defence.

The coalition intervened in Yemen in 2015 against the Iran-aligned Houthi movement that ousted the Saudi-backed government from power in Sanaa. The conflict, seen as a proxy war between Saudi Arabia and Iran, has been in military stalemate for years.