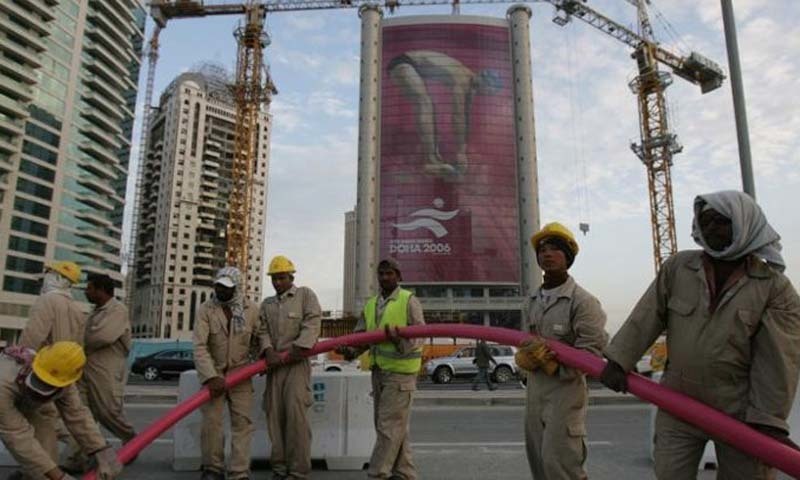 ISLAMABAD: Qatar has introduced major changes to its labour market and has ended the requirement for migrant workers to obtain their employers’ permission to change jobs, thus becoming the first country in the region to adopt non-discriminatory minimum wage.

The new law, coupled with the removal of exit permit requirements earlier in the year, effectively dismantles the “kafala” sponsorship system and marks the beginning of a new era for the Qatari labour market. Under the new law, announced on Aug 30, migrant workers can now change jobs before the end of their contract without first having to obtain an NOC from their employers.

An additional legislation, also adopted at the same time, establishes a minimum wage of 1,000 Qatari riyals which will enter into force six months after the law’s publication in the Official Gazette. The new minimum wage will apply to all workers, of all nationalities and in all sectors, including domestic workers. In addition to the basic minimum wage, employers must ensure that workers have decent accommodation and food.

The legislation also stipulates that employers pay allowances of at least QAR 300 and QAR 500 to cover costs of food and housing, respectively, if they do not provide workers with these directly — a move that will help ensure decent living standards for workers.

The adoption of these laws supports transition towards a more skilled and productive workforce, which is a key goal in the Qatar’s ‘National Vision 2030’. It will also help promote economic recovery from the fallout of the Covid-19 pandemic, as well as the growth of the economy over a longer term.

The International Labour Organisation has welcomed the changes to the labour market, and ILO Director-General Guy Ryder commented that Qatar has delivered on a commitment, that will give workers more freedom and protection, and employers more choice.