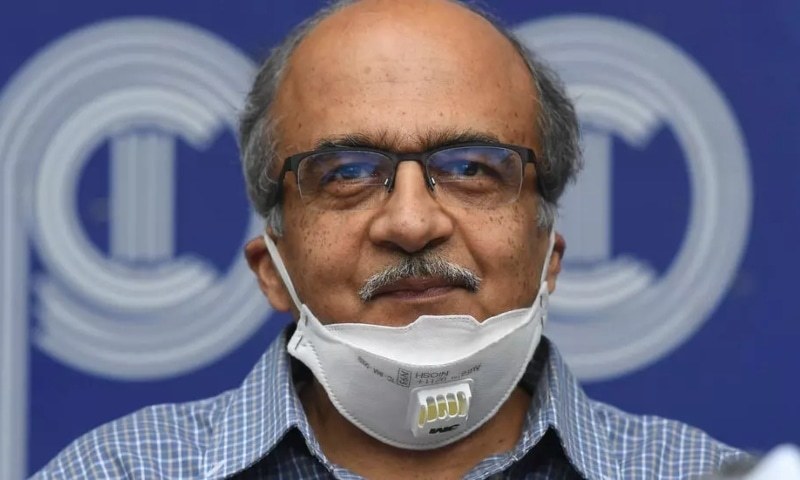 NEW DELHI: India’s top court imposed a symbolic one rupee fine (one US cent) on Monday on a celebrated public service lawyer for contempt in a case that raised concern about free speech in the world’s largest democracy.

Prashant Bhushan said after the decision that he would pay the fine, but did not apologise for two tweets he wrote in June that were deemed critical of the judiciary — including one showing a picture of the chief justice astride a Harley-Davidson motorbike.

The 63-year-old was found guilty of contempt by the court in August. Following Monday’s sentencing, Bhushan tweeted a photo of him holding a one rupee coin — saying his lawyer and senior colleague Rajiv Dhavan had given him the money.

Bhushan was ordered to pay the fine by mid-September or face three months in jail and a suspension from the bar. The case raised concerns about freedom of speech, but also was seen as a battle of wills in India’s legal ether.

Bhushan is a vocal critic of Prime Minister Narendra Modi’s Hindu-nationalist government and over the years has filed a number of public interest cases and served pro bono in the trials of rights activists.

Hailing from legal blue blood, he studied at top Indian universities — and Princeton in the US — before embarking on a celebrated career at home.