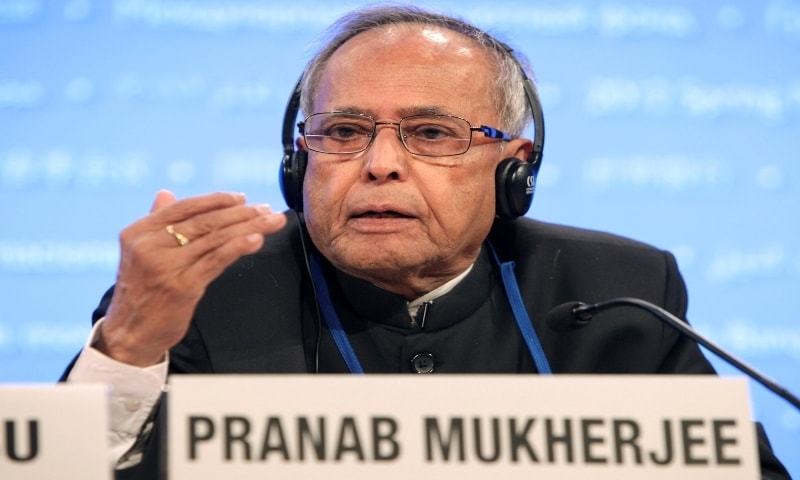 Former Indian President Pranab Mukherjee, who had tested positive for Covid-19 this month, died on Monday after weeks in the hospital. He was 84.

New Delhi’s Army Hospital (Research And Referral) said earlier in the day that Mukherjee had gone into a septic shock after coming down with a lung infection. His medical condition had declined since Sunday, it added.

The former college teacher and journalist lacked a grassroots political base, but held more than a dozen federal portfolios between 1973 and 2012, ranging from commerce and finance to defence and foreign affairs.

“He has left an indelible mark on the development trajectory of our nation,” Indian Prime Minister Narendra Modi said on Twitter, posting a picture of him touching Mukherjee’s feet in reverence.

“A scholar par excellence, a towering statesman, he was admired across the political spectrum and by all sections of society.”

Mukherjee entered parliament in 1969, following his father into the Congress party led by Indira Gandhi, just as she steered the country on a sharp turn towards socialism.

He rose under Gandhi’s mentorship, only to be sidelined by her son, Rajiv, after elections in 1984.

But Mukherjee managed to regain his proximity to the Congress leadership and the Gandhi family, becoming one of India’s most influential politicians during the 1990s and 2000s, by building a deep network of inter-party relationships.

Valued for his ability to build consensus by exerting his charm to bring together disparate groups, Mukherjee never won the top job, despite decades of loyalty to the Congress party.

But he could also raise hackles, as when finance minister in 2012, he demanded a $2-billion payment from Vodafone, then India’s largest overseas corporate investor, as part of a retrospective tax on long-concluded corporate deals.