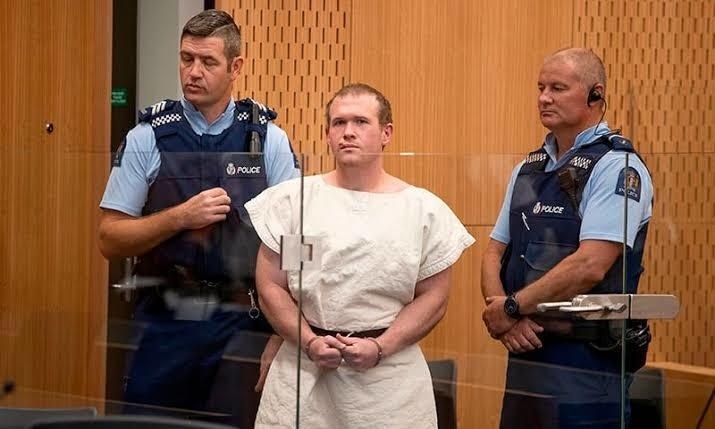 New Zealand mosque gunman Brenton Tarrant was sentenced to life in prison without parole on Thursday for the massacre of 51 Muslim worshippers, with a judge calling his actions “wicked” and “inhuman”.

As the sentence was read out, there was jubilation outside the courtroom, with crowds cheering and singing the national anthem — “God Defend New Zealand”.

“Your crimes are so wicked, that even if you are detained until you die it will not exhaust the requirements of punishment and denunciation,” Mander said as he announced a sentence that is a New Zealand legal first.

The judge solemnly read out the names of those murdered in a livestreamed rampage and recounted in forensic detail how Tarrant executed the wounded as they pleaded for help on March 15 last year.

“It was brutal and beyond callous. Your actions were inhuman,” the judge said, pointing out that Tarrant deliberately attacked Friday prayers to maximise casualties.

Tarrant, 29, retained the same impassive demeanour through the four-day hearing as survivors and bereaved family members gave heart-wrenching testimony of their incalculable loss.

Gamal Fouda, the imam of Al Noor mosque — one of those targeted by Tarrant — said the sentence was what the Muslim community had hoped for.

“But no punishment is going to bring our loved ones back and our sadness will continue for the rest of our lives,” he said.

Prime Minister Jacinda Ardern, who was praised for her compassionate and decisive response to the shootings, also welcomed the sentence.

“The trauma of March 15 is not easily healed but today I hope is the last where we have any cause to hear or utter the name of the terrorist behind it,” she said.

“His deserves to be a lifetime of complete and utter silence.”

She expressed hope that members of the country’s traumatised Muslim community felt “the arms of New Zealand around you” during the painful sentencing process.

“It is right that we will never see or hear from him ever again,” he said.

Tarrant sparked global revulsion when he rampaged through two Christchurch mosques for 20 minutes during Friday prayers.

He had admitted 51 charges of murder, 40 of attempted murder and one of terrorism over the attacks, after reversing an initial not-guilty plea.

“The offending was motivated by an entrenched racist and xenophobic ideology … in my submission, the offender is clearly New Zealand’s worst murderer,” he said.

Zarifeh said life behind bars was “the only proper sentencing option” for Tarrant.

For much of the sentencing, the court heard testimony from dozens of his victims and their families.

“Since my husband and son passed away, I’ve never had a proper, normal sleep. I don’t think I ever will,” widow Ambreen Naeem told the court.

“His punishment should continue forever.”

Fearing Tarrant may use the platform to spout extremist ideology, the court had imposed tight restrictions on the reporting of proceedings.

Before the sentencing, Tarrant, a former gym instructor, had sacked his legal team and declared he would represent himself.

Instead, he waived his right to speak and court-appointed lawyer Pip Hall made a brief one-line statement on his behalf.

“Mr Tarrant does not oppose the application that he should be sentenced to life imprisonment without parole,” Hall said.

The court was told that Tarrant had made a belated expression of remorse during a pre-sentence interview with prison authorities in April, when the killer described his actions as “unnecessary, abhorrent and irrational”.

But Judge Mander rejected Tarrant’s gesture as “uncorroborated, self-serving and a relatively recent phenomenon”, saying he had never shown any compassion for his victims and probably retained his racist views.

He is likely to be kept in isolation for his own safety at New Zealand’s only maximum-security prison in Auckland, where 80 per cent of inmates are Maori or Pacific islanders.