According to Quetta Deputy Inspector General (DIG) Abdul Razzaq Cheema and hospital sources, Deputy Superintendent of Police (DSP) Amanullah and the mosque's imam were among the deceased.

What we know so far:

Explosion took place during Maghrib prayers
DSP, imam among the deceased
Nature of the blast yet to be determined
Reuters quoted police officials as saying that an improvised explosive device had been planted at the mosque located in Ghousabad neighbourhood. The device exploded during Maghrib prayers, DIG Cheema said.

The injured and the deceased were shifted to Quetta's Civil Hospital while an emergency was imposed in all hospitals of the city. AFP quoted Balochistan police chief Mohsin Hassan Butt as saying that the death toll may rise as some of the wounded are in critical condition.

A photo of deceased DSP Amanullah. — Photo provided by Ghalib Nihad
Bomb disposal squad (BDS) and security personnel are searching the mosque premises for evidence and the area has been cordoned off. The mosque is located in a densely populated Pashtun-majority neighbourhood.

TV footage of the explosion's aftermath showed debris and shattered glass strewn on the floor at the scene.

No one immediately claimed responsibility for the bombing.

The incident comes nearly a month after the son of DSP Amanullah, who was martyred in today's explosion, was shot dead.

DIG Cheema, while speaking to media, said that police had almost completed the investigation into Najeebullah's killing. He added that they will now ascertain whether the same group was behind both the attacks.

Meanwhile, the director general of the Inter-Services Public Relations, Maj Gen Asif Ghafoor, tweeted that Frontier Corps personnel had reached the blast site and were carrying out a search operation along with police. “Every possible assistance be given to police and civil administration,” the tweet quoted Army Chief Gen Qamar Javed Bajwa as saying, adding that “those who targeted innocents in a mosque can never be true Muslim.”

Security officials examine the site after a bomb blast in a mosque in Quetta on January 10. — AFP
'Terrorists will never be allowed to succeed'
Prime Minister Imran Khan condemned the attack and regretted the loss of lives, while directing for the best possible treatment to be given to the injured. The premier also sought a report of the incident.

Balochistan Chief Minister Jam Kamal Khan, while condemning the incident, said that those who targeted worshippers have no religion or tribal affiliation. “They are only terrorists and deserve the harshest punishment,” he said, adding that state enemies are once again trying to create a law and order situation in Balochistan.

The chief minister said, however, that they will not let anyone destroy the hard-earned peace that had been achieved through the sacrifices of the armed forces and citizens.

"Internal and external enemies are making failed efforts to create panic and unrest in the country," he said in a statement.

Langove vowed that "defeated terrorists will never be allowed to succeed". He expressed solidarity with the victims and said that no negligence will be tolerated in the medical treatment of the injured.

Soldiers stand guard at the premises of a mosque after a bomb blast in Quetta. — AFP
While talking to media, the provincial home minister said terrorists had considered the mosque to be an "easy target". He added that the government is taking stock of the security arrangements after the bombing.

PPP chairperson Bilawal Bhutto-Zardari also condemned the blast. He expressed condolences at the loss of lives and demanded that the "planners of terrorism" in the province be brought to justice.

The incident comes three days after a motorcycle parked close to a Frontier Corps (FC) vehicle blew up in Quetta, leaving two people dead and another 14 injured. That blast, claimed by Hizbul Ahrar — an offshoot of the Tehreek-i-Taliban Pakistan (TTP), had come after a respite of some weeks in what has traditionally been a violence-prone area.

In November, at least two FC personnel were martyred and five others injured in an explosion in Quetta’s Kuchlak area. The security personnel were on routine patrol in the area when an improvised explosive device (IED) detonated. 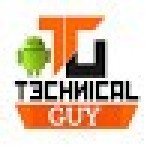 Teens use apps to keep secrets?

Fastest plane in the world

Drones being used to monitor WordCup

You may have missed

Teens use apps to keep secrets?

Fastest plane in the world

Wireless Headphones are now on Market